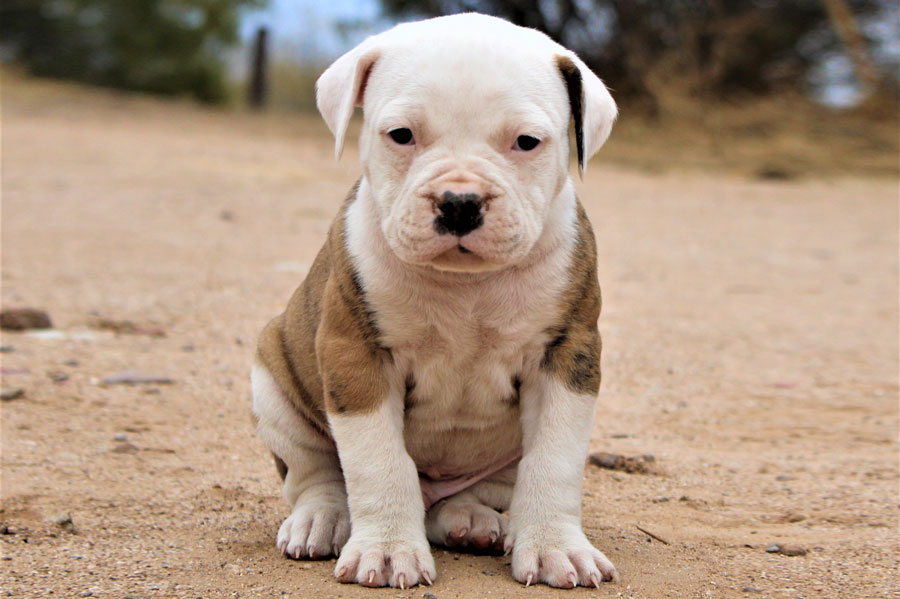 The American Bulldog is a descendant of the English Bulldog. It is believed that the bulldog was in America as early as the 17th century. They came to the United States in the 1800s, with immigrants who brought their working bulldogs with them. Small farmers and ranchers used this all-around working dog for many tasks including farm guardians, stock dogs, and catch dogs. The breed largely survived, particularly in the southern states, due to its ability to bring down and catch feral pigs.