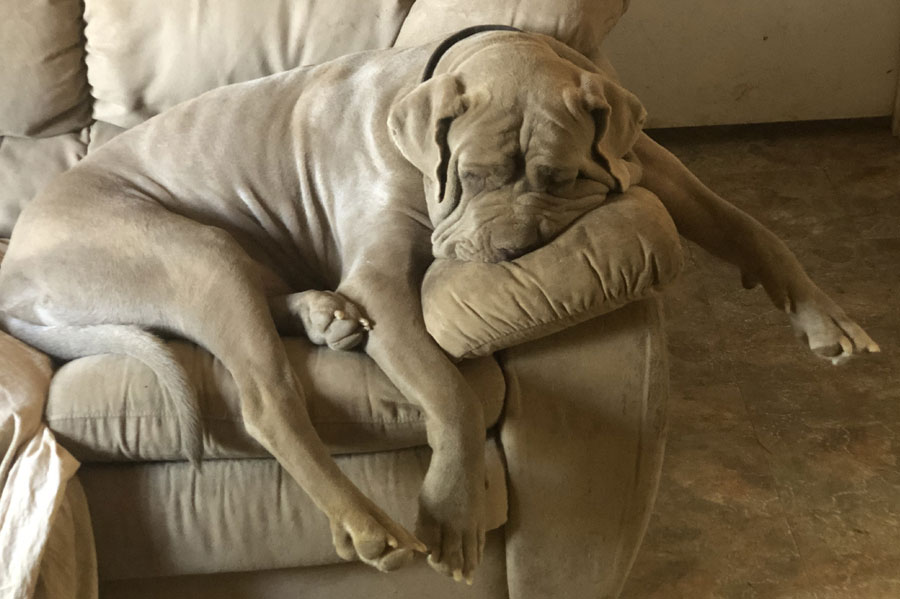 With its massive size made even more imposing by its abundant loose skin and dewlap, the Neapolitan Mastiff may have the most alarming appearance of any dog, and some say this look was purposefully bred in order to scare away intruders without the dog having to act. However, when forced to act, the Neo can spring into action with surprising speed. Its massive muscular body can knock down almost any intruder. Its huge head with short, powerful jaws and large teeth can crush or hold an opponent. The skin is tough and hanging, adding to the imposing impression of size as well as formidable expression.

The Neapolitan Mastiff was bred for centuries to guard its family. As such, it is incredibly loyal and devoted to its family, watchful and suspicious of strangers, and tolerant of acquaintances. It is a stay-at-home-type dog. Although it is loving toward children, its sheer size can make accidents possible. It may not get along well with other dogs, especially domineering-type dogs. Because of its size, it should be carefully socialized at an early age.